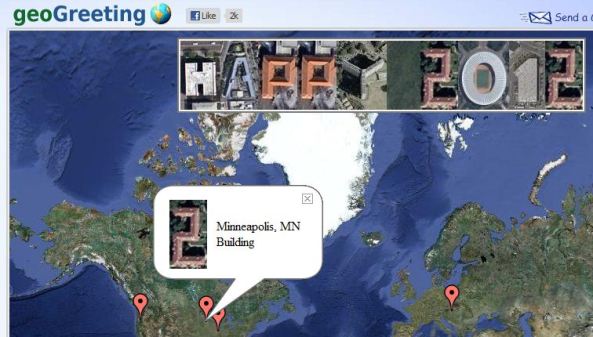 Happy 2012! The above image (click on it) is from Jesse Vig’s geoGreeting site where you can enter a message and obtain a link which you could send in an email. It is also possible to send as an E-card. Jesse Vig noticed whilst working on a Google Maps project that a number of buildings looked like letters of the alphabet when viewed from above. and his website was born!

So to complete the new year greeting we need of course some number properties of 2012.
We could use Tanya Khovanova’s site: Number Gossip where we learn that 2012 is evil! 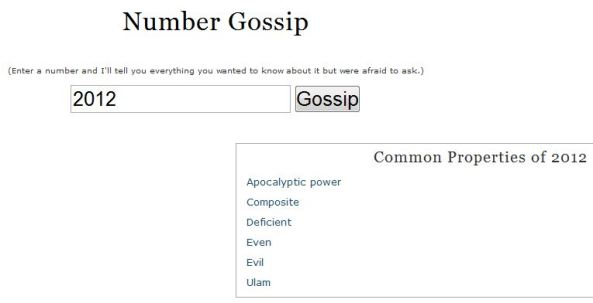 We’ll come back to the meaning of evil shortly! To take a look at the other properties, you will find that you can click on each for a definition.

2012 is a composite number because it is a number greater than 1 which is not prime.

WolframAlpha can of course supply some number properties of 2012 or provide a calendar for the year …or even send us best wishes for the new year! Wishing all of you a great 2012! 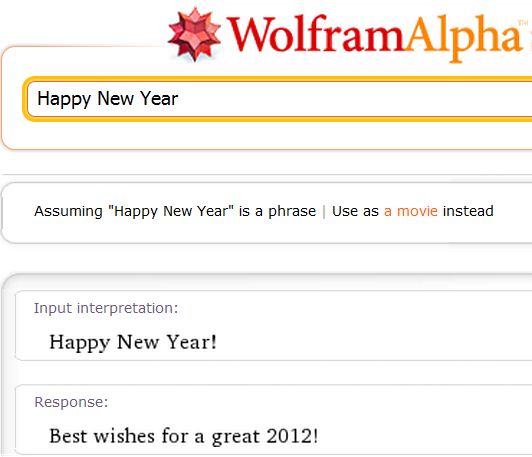